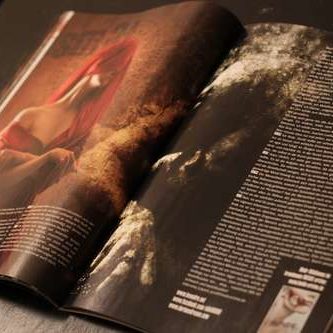 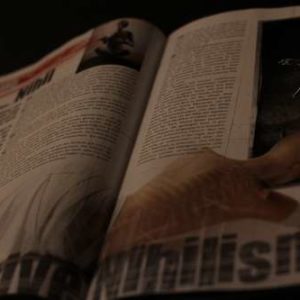 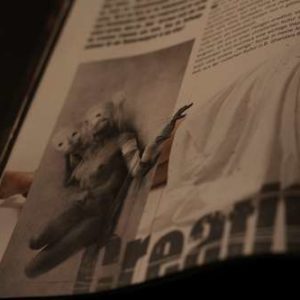 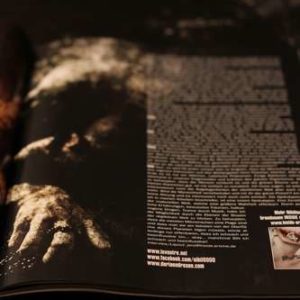 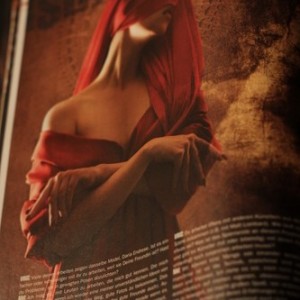 In a philosophical sense, nihilism teachings deny either the existence of a reality (metaphysical nihilism), the validity of a moral law (moral nihilism) or the consistence of any truth (logical nihilism). Confused? No reality? No morals? No truth? A clear and decisive “no” for an answer to everything? Sounds easy… Beer are open and remain. But as always in life philosophies, it is not quite that simple. Take a look at the world of the 35-year-old thought NIHIL photo artist from France, and you will quickly realize that a “no” doesn’t mean the end of the creative outpouring. So a glimmer of hope for the total objectors in all of us?

First of all I have to say, there are so much beauty in your images, even they are so gloomy and disturbing (or directly because of it? I don’t know). What’s your definition of “beauty” (maybe inside of ugliness)?

Hey, thanks for the compliments.
Beautiful, ugly… It’s just a matter of perspective and context, really: beauty is only in the eye of the viewer. Like religion, art is a way to transcend mere reality, conferring a meaning to an essentially absurd life. It’s the role of the artists (like the priests) to reveal it. I guess it’s the point Marcel Duchamp was making when he used a simple urinal as an artwork in 1917…

I think I’m not the first one who mentioned that a lot of your works reminds of Christian pictures of saints. The posing and this kind of dignity and aloofness. In older times pictures of saints should have impressed the faithful and make them submissive. Do you have similarly intentions?!

I don’t try to impress anyone with my images, not even interact with anyone but myself (which is hard enough). If someone else feel a message in my images, so be it, but it’s not my first goal. I guess my saints characters looks intimidating because they’re not really human anymore : mute and blind, bald, without genitals or human defects, without expression : they did attain something else and drowned in divine serenity. They don’t exist as individuals anymore. You mention Christian saints : I won’t deny the influence, being raised in a Christian culture. The statues of the cathedrals are my main inspiration. But I have to add sacred art from all over the world, and especially Indian art (Ghandara Buddhas for instance).

What’s your connection to religious thoughts. Is it just a naive belief, that behind all this existing world is a sense just to feel yourself more important or is it just a hypocritical mechanism to control people?

As a political and social institution, religion doesn’t appeal me too much. I am as much of an individualist as any other fellow modern rationalism-intoxicated mind. I don’t dig rules, morals etc. They are necessary to any organized society but I don’t care too much about society. Priests claim they are shepherds but I don’t feel like a sheep and don’t need their guidance.
But religion is also an inner, mystic way of understanding the reality. This is what I’m interested in. I read only religious texts since fifteen years, ranging from Indian Upanishads to Nordic Edda.
My own obsession is to escape from this dirt and blood world, even for a moment, and to touch the truth that lies beyond the mundane limitations and illusions. This is the path of the ascetists, monks and mystics in India and all over the world. My pictures depict souls trapped in a grotesque bodies, imprisoned in sick, old, fragile flesh. But they also show this soul able to pierce through this trap to touch a more elevated truth : that’s the reason for using the halos and divine lights flowing from above, in an universal symbolic way.
Identity is the other obsessional theme connected to religion. I am nothing but mud and illusions of ego (that’s the meaning of my Nihil artist name). If I’m not an individual by flesh, maybe I can be one by soul : that’s why most of my characters are blind, or have their face masked or hidden : they are in search for their own inner identity, and for this they have to separate from the world, close their lying eyes and search the truth inside them. Master Eckhart was talking about the anonymity of the soul, and how the light of God can be found in the darkness of the mind.
I am currently working on a dark and mystic anticipation novel called Ventre, in which humanity is living underground and chose to sleep its whole life long. Some people are awaken by accident and either get mad while searching for an identity, try to get back to sleep or try to seek the mythical Surface… I guess this is the same dilemma : being trapped between subconscience and hyperconscience.

Lots of your work focused on the same model Daria Endresen. Does it make easier to work with her, because she is your girlfriend? Any problems to expose her in explicit situations?

I prefer to work with people who know me well, who I feel comfortable with, who understand easily what the hell I mean with my stupid jibber-jabber. That’s the best way to get good pictures. It means Daria and two or three other friends. Also, Daria is an artist herself, so it’s easier for her to understand. Also, it would be difficult to find a better model when it comes to a whole array of feelings : serenity, mute anguish etc.
To be fair, I can’t remember exposing her in explicit situations, but it’s more of a coincidence because I wouldn’t have a problem with this.

You often do collaboration with other artist of the dark art genre (for example with our old companion Matt Lombard, any other so far?). How does it works? Do start with a basic image and you will see what happened? What is the attraction of this process? Any artist you want collaborate with at all costs (dead or alive)?

I have a lot to share with fellow artists. Sometimes it’s technics, sometimes it’s visions. I prefer not to stay focused on my obsessional path exclusively and I look forward learning from other people and their experience. Sometimes it works, sometimes it doesn’t.
Matt Lombard was a long-time favorite of mine, it’s a privilege to work with him. He was able to help me getting through mental obstacles and demonstrated a lot of patience in the process (since I’m a huge pain in the ass). Our [YMIR] collaboration is one of my preferred pictures, I’m very proud of it.
About future collaborations with alive or zombie artists, I guess I’m interested in anyone who have a vision on his own and talent to support it. Well, OK, if I have a choice, let me resuscitate Bosch, Brueghel, Fra Angelico, Dürer and trap them into my basement to force them to collaborate… I have a classic painting culture and these people learnt me a lot. It wouldn’t be too easy since I can’t handle a pencil to save my life, and I guess they didn’t hear about graphic tablet… But we would find a way. People think I am using religious imagery as a trendy symbols pool, that I am just playing a game between parody and blaspheme to attract metalheads or something. But in my mind, I do religious art in a very classic old-fashioned way (I’d love to be commissioned by a church for instance).
I also love ancient anatomy, with masters like Albinus or Bouglé. Another favorite of mine is Beksinski. For alive artists, I’d give my two arms to work with Alex Grey, Chris Kuksi, Joachim Luetke or Misha Gordin. Now it remains to be seen how I would collaborate with them without my two arms.

As to me, art must be a painful and disturbing process just to evoke emotions. Good or bad, doesn’t matter. That depends on the character of the beholder. Do you think everything that seems to be possible should be subject for art?! Or are there any taboos which shouldn’t be touched, even in art?!

I don’t see anything that should be spared, honestly. It’s the role of the artists to go beyond the usual norms and limits. They have to initiate revolutions of the global consciousness and force society to transform, going beyond the limits of the contemporary moral is part of the job. Without this freedom, art would be a lot less interesting.

Mankind more and more develops into a heap of selfish, daft self-destructors, both as for globalization and respect for one another. What is left of the beauty of the cosmic creation? Of the creative spark for perfection? Does Mankind still have a chance, or would it be better to flush the whole shit down the toilet of the evolutionary failure to give the future protozoa a shot for life?

Well, it would be hard for anyone to deny that humanity tumoral growth go against his own interests and his planet well-being. But it’s nothing more than an usual natural phenomenon. Some bacterias become predominant in your intestines and sickens the whole organism. That the world deserves to be spared remains to be seen though, and I generally have hard time situating myself on a moral scale. Stating that the human is bad while the trees and cute rabbits are good is really too moral for my own tastes and it equates the opposite standpoint. I don’t really feel myself interested anymore in the affairs of the mortal world, I have to say. Should humanity disappear and the world with it ? I don’t know and I don’t care too much. The apocalypse I describe in my texts is an inner one, a destruction of the material world which reveals a greater truth. Through personal experience, lucid dreaming, hallucinogenic drugs, music-induced trance and readings, I had the occasion to see through the layers of illusion that is the objective world. Before waiting for it to be destroyed, I would tend to expect it to just dissolve before my eyes.
Stating that fellow humans are an inconvenience and that I would want to have them wiped out of world surface would be recognizing I’m weak and influenceable… Well yes, OK, I’m sometimes weak and influenceable !